Incafin is a contraction of ‘Inca Finishing Systems’ (linings, coatings). Inca Finishing Systems NV was originally established in 1987. The company initially focused on the waterproofing and renovation of terraces (balconies), the first step towards waterproofing. It quickly specialised in the production and application of protection systems for concrete and steel structures, both for above-ground and underground structures with the purpose of protecting them from corrosion and the action of wastewater and chemical products to which these structures are not resistant. Our mission is to extend the life span of structures. In that sense, Incafin was way ahead of its time, paying attention to ecology and sustainability.
Customers sent all the correspondence to ‘Incafin’, a contraction of ‘Inca Finishing Systems’. That is why we soon changed our name, to Incafin, as we are known today.

Where did the original name come from? Who inspired Incafin? 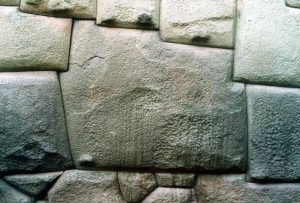 The Incas were a highly intelligent and creative American Indian people, with a very rich culture. The Incas built several massive buildings, of which Machu Picchu is the best example. They dug tunnels through mountains, built stepped terraces in their rough mountain landscapes and bridges over rivers. They erected temples for which they developed a building technique that we still use to build our houses today. The walls of stone buildings were built in such a way that no cement was needed. (see photo) 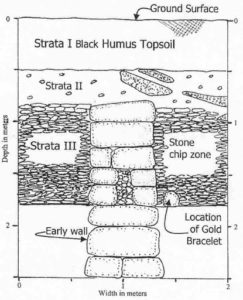 These buildings withstood the assault of the Spanish troops that tried to conquer them, precisely because of this building technique, whereas the Spanish buildings crumbled. This unique building technique made the difference because the buildings remained standing and were able to withstand earthquakes in a region where earthquakes are part of life. The Incas were master builders, excelling at the construction of irrigation channels, fountains, aqueducts and water pipes. (see photo) The Incas built baths in their temples with water drainage channels to empty these baths.

As such they were expert builders and visionaries. What’s more, they were also superb architects. These 13th and 14th century structures, which are still standing today, attest to the quality and craftsmanship that they pursued when building them. That is why we chose to incorporate the word ‘Inca’ in our company name. Because finishing systems were our core business, we chose to name our company ‘Inca Finishing Systems’. We have always believed that applying finishing systems is a craft, a trade. That is why we are convinced that this must be done by qualified technicians who were trained in-house, to guarantee the quality of the product and the application. In so doing, Incafin distinguishes itself from its competitors, as a producer and a supplier.

The Incas did not have detergents and chemicals that could deteriorate their structures. They used stones for their building, there was no such thing as cement in those days.  (see photo of sewerage system at the time of the Incas)

Developments and industrialisation led to the introduction of other materials, such as concrete. A very sturdy material, albeit with its limitations. The production of detergents, chemicals and many other aggressive products that were increasingly adopted by households and by the emerging industry have meant that our current wastewater systems and structures for our wastewater offer insufficient chemical resistance. Structures without concrete protection are thus affected. Hence the need to apply a durable, qualitative protective coating to these structures to prevent deterioration.

Incafin goes one step further, improving the invention and application of the Incas. Our aim is to protect steel and concrete structures from aggressive wastewater and chemical effects. These materials have their pros and cons. Concrete, a material that can be poured on-site and has extremely advantageous properties after curing, has limited corrosion resistance. Incafin’s origins can thus be traced back to the 13th and 14th century.

Our mission is to extend the life span of steel, concrete, and brick and mortar structures in the (waste) water industry, industry in general and the biogas industry. Our aim is to reduce the carbon footprint – the use of raw materials – as much as possible. Our core values are sustainability and ecology, because we are convinced that we must live more consciously as far as the climate and the environment are concerned, ensuring we can hand down our planet to the following generations.

Our vision is to build more durable structures by applying high-quality synthetic surface protection systems. Applying these products to concrete and steel increases the life span of these structures. This also reduces CO2 emissions because these structures last longer, ensuring they do not need to be built again, requiring fewer raw materials as a result. Ensuring we can live in a cleaner and better world.