Incafin NV is the exclusive distributor of AkzoNobel repair mortars for the Belgian market. You can find more information about these products in the brochure.

Properties of repair mortars and their applications

For structural waterproofing, it is crucial that the structure is restored to its original condition as much as possible. Structural waterproofing offers a solution in the shortest time frame possible, with the intention of building a dry structure. That is why these products can be used to seal cellars or for more complex applications, such as the waterproofing of underground tunnels or concrete slabs that are situated below the water table. There is no risk of blistering of the finishing due to osmotic pressure. Some products are also suitable for drinking water applications.

The most important factor for the durability of reinforced concrete structures and concrete elements is the effectiveness and quality of the protection. The purpose of concrete protection is to first and foremost protect the concrete reinforcement from corrosion in an alkaline environment and prevent the penetration of products. Chloride penetration in coastal concrete structures is detrimental to concrete. These products can also be applied here.  Demolition is expensive, not very ecological, increases the carbon footprint and is time-consuming.

In the case of prefab concrete structures, the elements sometimes need aftercare. This includes minor defects such as shrinkage cracks (typical of concrete), gravel nests, surface air bubbles, and pieces of concrete that were broken during transportation or when moving the elements. The ultra-fine structure of these products makes them eminently suited for the aftercare of concrete, preventing the disposal of these products. This would not be justifiable from an ecological point of view, especially given that excellent solutions are available.

Steel and concrete structures endure a lot of pressure when used in hydraulic engineering projects. They include the civil engineering structures on rivers, canals, etc., such as weirs, locks, culverts, flood defences, jetties, docks, etc. Repair mortars must meet high quality and durability requirements. AkzoNobel’s balanced high-tech systems can offer a solution. AkzoNobel has developed a special coating for the protection of sheet piling, which can be applied to a rusted surface to extend its life span and prevent further corrosion.

Concrete structures for the storage of water: demineralised water, groundwater, mineral water, etc. can affect concrete, depending on their composition. The preventive treatment of these often large and expensive structures can save companies and governments a lot of money. The renovation of underground water reservoirs can sometimes be quite complicated because production companies often rely on this water for their continuity. The same adage applies here. Prevention is better than cure.

The oldest known surviving concrete, thought to be laid in 5600 BC, used red lime as the cement. Evidence of use in walls was found in Yugoslavia. The Egyptians were the most important users of concrete, using a crude mix of crushed gypsum and limestone to build their pyramids around 2600 BC. This is also where we find the first mention of ‘mortar’, a term that we still use today.

Like the Incas, the Romans were master architects and there are plenty of examples of Roman buildings that are genuine technical feats. They were real entrepreneurs who paid a lot of attention to the practical implementation. Rome is, of course, the best example of their skill and prowess. Arched structures and domes were originally developed by the Romans.
To build these structures, they developed a mortar that was mixed with coarse rock fragments – a gravel and alum-like material in the form of volcanic ash that reacts with calcium hydroxide when mixed with water. They needed this mortar to keep the integrity of their arches intact. They called this material ‘opus caementicium’ or concrete. These pozzolana additives are still applied in present-day cement technology. This material was first discovered in the region around Mount Vesuvius. Later on, this volcanic ash or dust was also found in other places. This additive paved the way for the development of Portland cement technology.

In 500 BC, the Greeks built aqueducts with a 12-mm thick layer of mortar, using Pozzolans or hydraulic mortar as we call it today.

Modern-day concrete or Portland cement was invented in England by Joseph Aspdin in 1824. Why it is called Portland cement? Its name is derived from its resemblance to Portland stone. He obtained a patent for the process that relates to the combustion of pulverised limestone and clay minerals in a kiln, which is very similar to what occurs in volcanoes. Thanks to volcanoes, we now have a compound of cement and concrete with very good properties.

The resulting clinker is ground and mixed with gypsum, which is used to keep the build-up characteristics of the mortar under control. The resulting powder is known as OPC (Ordinary Portland Cement).

AkzoNobel further developed this technology. The Golden Sixties saw the further development of materials and additives in the construction industry. Many entrepreneurs took advantage of the opportunities that presented themselves, innovating at a rapid pace. We still enjoy the fruit of their work today in the building industry.
They experimented with microsilica, also known as ‘silica fume’. It was first experimented with in Europe in 1960, followed by experiments in the United States in 1970. So what is microsilica? Microsilica is an amorphous or non-crystalline solid material. This ultra-fine powder is collected as a by-product of the silicon and ferrosilicon alloy production and consists of spherical particles with an average particle diameter of 150 nanometres. In the fifties, this product was released into the atmosphere during production as a by-product of alloy production. Under the stricter legislation from 1970 onwards, this was no longer permitted, which is why a solution had to be found. These enormous quantities of by-product could not be landfilled. Solutions thus had to be found to use this by-product in a meaningful way. In a sense, this was the precursor of the ‘circular economy’ principle that is so popular though, even though it is not as new as we think.

The Norwegians were pioneers, discovering that adding microsilica to Portland cement-based concrete produced very high strengths and could also significantly reduce porosity due to its fine structure that fills surface voids in concrete. The volume of ‘normal’ conventional concrete can contain up to 25% of these surface voids. Microsilica has since become one of the world’s most valuable and versatile additives for concrete and cement-like products.

AkzoNobel developed its repair mortars using microsilica. In combination with other technologies, AkzoNobel now produces mortars that are outstanding in terms of their physico-mechanical properties – due to the compacted structure thanks to microsilica – but also in terms of their waterproofness. (2 mm of a cement-based waterproofing coating is the equivalent of 100 mm of concrete). When mixed with alkaline water, a gel structure is obtained that is more effective compared with only Portland cement, offering better matrix densification. But AkzoNobel went even further. The right water/cement factor is crucial for obtaining the right properties. That is why the system must retain water as long as possible, without evaporation of the water as this is detrimental to the system’s properties. This can be achieved by adding thermoplastic polymer. This prevents premature evaporation of the water, necessary for proper curing, which also has a positive effect on its shrinkage. Cellulose-based polymers – with a longer chain structure – will additionally ensure a chemical bond of the water present in the system. Microfibres were added to better control properties such as shrinkage and to obtain a three-dimensional system throughout the matrix. No structure without fibres, just like with paint. Here, too, the fibres are essential to be able to permanently guarantee quality and durability over time. The challenge when formulating repair mortars lies in the fact that these products are only applied when they are also user-friendly and quick to cure, i.e., when their end properties are quickly achieved. This explains why AkzoNobel’s products are so effective. 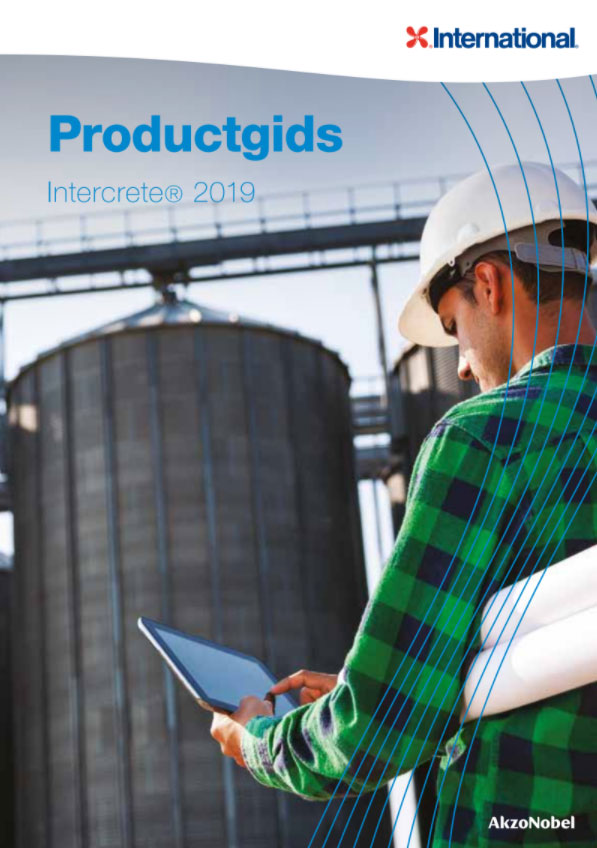